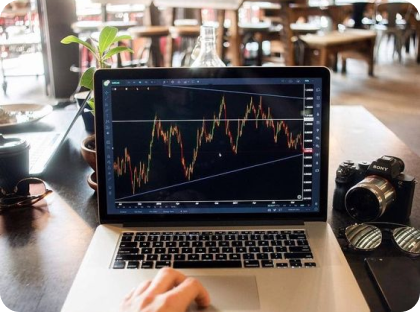 First things first, a little scam alert for ya: nothing stays buried forever. But mostly, anything ditched, eventually comes out. And when it does, you won’t be pleased with a manipulation that directly affects your deposit.

Does it sound familiar? Wanna go down that road or have been there before? Anyways, let me tell you how these things work, and how to avoid them from happening to you.

Scam technologies on the crypto market.

In reality, all these schemes have stood the test of time. They were successfully carried out on the Big Board like 100 years ago. And yes, they are still being used till now since they deal with cognitive bias, inherent to humans. Novice or greedy traders give in to the unpretentious provocations, influenced by the crowd instinct or the faith in the law of small numbers.

I don’t have to tell you about pump & dump, that’s common knowledge. It’s needless to talk about shitcoins or their founders who feed you promises of double profits either. All that is just another bedtime story.

Let’s talk about the main ambushes you might face on the market.

‘Spoofing’ refers to a situation when things we see are not what they seem to be. This is a disguise of one action or entity as something else.

Spoofing on trading platforms is a manipulation to create an illusion for small traders about the presence of major investors. A large number of false orders are being placed to buy or sell the assets. Newbies get hit by FOMO and begin to quickly buy (or sell) their assets towards the interests of a mythical whale. As a result, the joint effort of the latter moves the price that causes a quick reversal because the large orders that were placed earlier are canceled a minute before the breakdown.

The price changes direction, the orders of newbies get canceled, and the liquidity they’ve provided goes directly into the wallets of the manipulators.

Spoofing has been illegal on stock exchanges  for many years now unlike crypto platforms, where Wild West regulations are still being active. That’s why fake walls are being put up and newbies lose money.

How not to fall for spoofing?

Pay close attention to large orders that unexpectedly show up in the order book.

Consider it a red flag if their appearance is accompanied by news that provokes more greed for this particular coin.

You better slow down, if you see abnormal trading activity.

Experienced players can make profit on large price fluctuations while manipulators are holding the level. But for a beginner it’s better to wait out the storm on the shore, to not be smashed against the wall.

If you prefer short positions, then this section is for you.

This manipulation is loved by bulls who are playing on rapidly rising prices.

A short squeeze can be triggered when the price of an asset starts being accelerated by big players and the short sellers have to close in the red.

Free liquidity is out on the market and demand for it appears right away.  It pushes the price even higher and it knocks out the stops of the most cautious bears.  This continues until the last buyer leaves the market.

After that, the price collapses at the same speed as it took off, because the appetites of the bulls are settled down.

This process is short and takes from an hour to a day. Therefore, it is called a ‘Short squeeze’. Although, “a jarring squeeze of liquidity from stupid newbies” is much closer in meaning.

De jure, such actions of large players are prohibited on exchanges.  But de facto, it is not punishable, because it is unprovable.

How to not become a short seller?

Don’t use stop-loss close to the level of the main order. (doesn’t always help)

Don’t short!  (a lame advice, but that’s the best a beginner may get )

The more short sellers there are on the market, who are confident that the asset is overbought and the price is about to go down, the more dangerous the situation is getting for them.

Big players are always sitting tight and waiting to turn the tide whenever there are large volumes of sell orders accumulated.

In fact, the short sellers are gonna be shooting themselves in the foot during the bullrun.

But if you really, really want to go short, then do it on altcoins with low liquidity, because large players usually disdain shitcoins.  And do keep an eye on the order book!  If you see the large orders popping up it’s a sure marker of an upcoming squeeze.

Stick to the main rule: think like a whale! It is constantly looking for deposits of liquidity and wipes the newbies out. If you want to save your deposit, set the minimal risk and run away from the levels where there are a lot of sell orders.

Here’s a bitter truth about all the manipulations: if you are being sold an idea about fair distribution, availability, transparency and big profit, beware: all that ends up with you flushing big amounts of money down the toilet.

What is more, all that dough goes directly towards the people who create and control such projects.

And the Market shall shower you with endless abundance!

Author: Leo Tolstoy An outstanding writer, publicist, philosopher and one of the world’s greatest novelists. 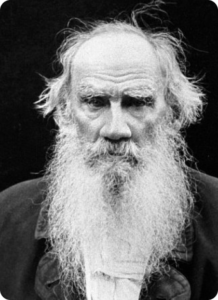 How to handle trading losses
FOMO & Zen Trading
About waves, trains & uncertainty
Cognitive distortions
The dangers of winning for novices